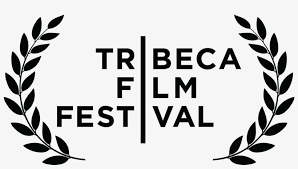 New York, NY — April 20, 2017: Human and machine collaboration has inspired some of society’s most important innovations, and it has long been a source of fascination in media and entertainment. But it’s no longer just the subject of movie or videogame story lines; it’s also helping to inspire their very creation. Today the Tribeca Film Festival and IBM (NYSE: IBM) announced “Tribeca Presents Storytellers with Watson: A Tribeca Film Festival competition for Innovation sponsored by IBM.” The 2017 Tribeca Film Festival, presented by AT&T, will be taking place from April 19-30 in New York City.

Cognitive systems like Watson are enhancing the work of the human imagination, giving artists, filmmakers and creative minds the tools to uncover new ways of thinking and problem solving. The “Storytellers with Watson” competition can spark fresh ideas and encourage media and entertainment developers to create original stories with the help of IBM Watson’s cognitive computing technology on IBM Cloud.

Starting today, participants in the U.S. can submit ideas on how they would apply Watson to any storytelling medium, such as film and video, web content, gaming, augmented reality and virtual reality. IBM has worked with Tribeca to develop five use-case categories that can help guide the ideation process for submissions, including examples of cognitive solutions and how Watson APIs can be applied to their creation. Guiding categories include development, pre-production, production and post-production, audience experience and interaction, and marketing and distribution. The aim is to encourage new thinking on the challenges that exist in creativity or productivity and how Watson can be applied to improving this experience.

The competition is open to the public and will also tap into Tribeca’s alumni network of thousands of media industry influencers, digital producers and creative firms to utilize the Watson platform to create original stories. Over the past 16 years since the Tribeca Film Festival’s inception, this alumni community has submitted entries to the Festival and are actively involved in creating films, TV programming, online content and other forms of interactive digital media.

“The Tribeca Film Festival has always been a celebration of innovation and cutting-edge ideas,” said Andrew Essex, CEO at Tribeca Film Festival. “Since IBM Watson has been a big influence across many industries, we’re eager to see how our creative community will apply this technology to inspiring their own creative potential. Our collaboration with IBM is important to our mission because it spurs our community to push the limits of what they think is possible and find new inspiration that can redefine their approaches to art and storytelling.”

“Cognitive computing is driving incredible advancements in what humans and machines can do together, and one of the areas where we’re seeing this accelerate is within media and entertainment,” said David Kenny, Senior Vice President of IBM Watson and Cloud Platform.

“Some of the best ideas come from our developer partners, and the Tribeca Film Festival community represents a wellspring of creativity and imagination. Through this competition, we’re eager to engage this dynamic group to see how they apply Watson to solve challenges and enhance the stories they tell.”

Watson helps professionals across industries discover new insights from massive amounts of data to solve problems and inspire creativity. The same cognitive technology that is being used to inspire new ideas and thinking among the Tribeca Film Festival community is also being applied in fields such as healthcare, education, retail, law, insurance, and more.

Within the media and entertainment industries, Watson is already helping professionals design and innovate, such as in fashion (with Marchesa to create the “cognitive dress”), film (with 20th Century FOX to create the movie trailer for “Morgan”), cuisine (with Chef Watson to create new culinary combinations), music (via Watson Beat and Grammy award-winning producer Alex Da Kid), and architecture (with SOFTlab to create a sculpture inspired by Antoni Gaudi and the history of Barcelona).

The Storytellers with Watson competition submissions will be accepted through May 18, 2017. Ideas can be submitted via the contest’s online form and should include general information about the idea and a short video. A group of IBM volunteers along with representatives from the Tribeca Film Festival will review the submissions and rate them for creativity, impact potential, and technical feasibility. Submissions will be narrowed down to five finalists who will compete for the winning position. The winner will receive a trip for two to the 2018 Tribeca Film Fest which includes airfare for two within the U.S, a hotel room, and two passes to the Festival.
For more details on the competition and submission process, please visit the “Storytelling with Watson” landing page.*

The Tribeca Film Festival is a cultural event for the new age of storytelling that brings together visionaries across industries and diverse audiences. It celebrates the power of storytelling in a variety of forms – from film to TV, VR to online work, and music to gaming. As a platform for creative expression, independent filmmaking, and immersive entertainment, Tribeca champions emerging and established voices, discovers award-winning filmmakers and creators, curates innovative experiences, and introduces new technology and ideas through premieres, exhibitions, talks, and live performances.
The Festival was founded by Robert De Niro, Jane Rosenthal and Craig Hatkoff in 2001 to spur the economic and cultural revitalization of lower Manhattan following the attacks on the World Trade Center. With strong roots in independent film, the annual event has evolved into a destination for creativity, reimagines the cinematic experience, and explores how art can unite communities.

About IBM Watson: Pioneering a New Era of Computing

Watson represents a new era in computing called cognitive computing, where systems understand the world in a way more similar to humans: through senses, learning, and experience. Watson continuously learns from previous interactions, gaining in value and knowledge over time. With the help of Watson, organizations are harnessing the power of cognitive computing to transform industries, help professionals do their jobs better, and solve important challenges.
As part of IBM’s strategy to accelerate the growth of cognitive computing, Watson is open to the world, allowing a growing community of developers, students, entrepreneurs and tech enthusiasts to easily tap into the most advanced and diverse cognitive computing platform available today. Watson solutions are being built, used and deployed in more than 45 countries and across 20 different industries.